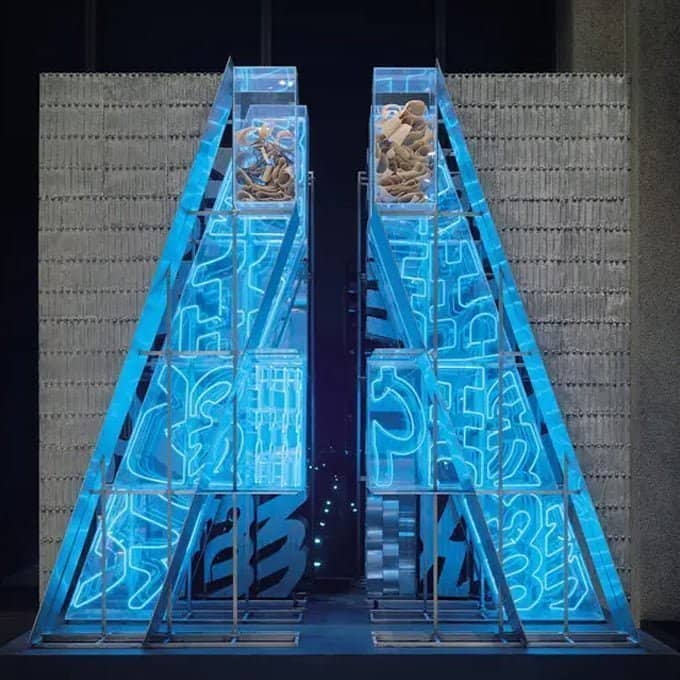 Co-organized by Dia Art Foundation and the Menil Collection, Chryssa & New York is the first comprehensive survey of works by Greek-born artist Chryssa (1933–2013) to take

Co-organized by Dia Art Foundation and the Menil Collection, Chryssa & New York is the first comprehensive survey of works by Greek-born artist Chryssa (1933–2013) to take place in North America since 1982. The exhibition will premiere at Dia Chelsea, New York, in March 2023 and will open at the Menil Collection, Houston, in September 2023 and at Wrightwood 659, Chicago, in May 2024.

A leading figure of the New York art world in the 1950s and ’60s, Chryssa developed an innovative approach to activating sculptural surfaces through subtle manipulations of light and shadow. Pathbreaking in its use of signage, text, and neon, her vastly underrecognized body of work bridges Pop, Conceptual, and Minimalist ideas of art making. This exhibition focuses on works from these decades through to the early 1970s, bringing together Chryssa’s deeply formal concerns and critical interest in exploring the United States following World War II.

Chryssa & New York presents the full breadth of the artist’s dynamic oeuvre, including early works such as the enigmatic Cycladic Books series (1954–57) as well as numerous reliefs in plaster and metal that deftly capture the phenomenon of passing natural light. The newly restored The Gates to Times Square (1964–66) is displayed alongside works detailing Chryssa’s processes in realizing that monumental sculpture, her transitional pieces combining metal and neon, as well as examples of Studies for the Gates (1966–67).

Dia was founded in New York City in 1974 by Philippa de Menil, Heiner Friedrich, and Helen Winkler to help artists achieve visionary projects that might not otherwise be realized because of scale or scope. To suggest the institution’s role in enabling such ambitions, they selected the name “Dia,” taken from the Greek word meaning “through.” Today it consists of eight permanent sites across the United States and Germany, as well as three changing exhibition spaces in New York State: Dia Chelsea in New York City, Dia Beacon in the Hudson Valley, and Dia Bridgehampton on Long Island.