The Metropolitan Museum of Art 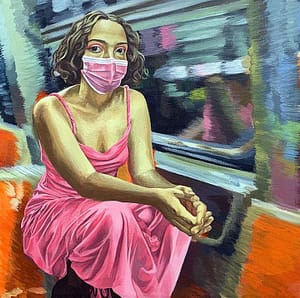 Created in the wake of American emancipation and some twenty years after the abolition of slavery in the French Atlantic Why Born Enslaved! was shaped by the enduring popularity of antislavery imagery the development of nineteenth-century ethnographic theories of racial difference and France’s colonialist fascination with Africa. The exhibition will explore the sculpture’s place within these contexts.
Featuring more than thirty-five works of art in sections unfolding around Carpeaux’s sculpture Fictions of Emancipation will offer an in-depth look at portrayals of Black enslavement emancipation and personhood with an aim toward challenging the notion that representation in the wake of abolition constitutes a clear moral or political stance. Important works by Josiah Wedgwood Frédéric Auguste Bartholdi Charles Cordier Edmonia Lewis Louis-Simon Boizot and others will show how Western artists of the nineteenth century engaged with the Black figure as a political symbol and site of exoticized beauty while contemporary sculptures by Kara Walker and Kehinde Wiley will connect the dialogue around Carpeaux’s bust to current conversations about the legacies of slavery in the Western world.
This exhibition was conceived in collaboration with guest curator Wendy S. Walters and enriched through conversations with numerous intellectual partners. It is one of many projects that the Museum is undertaking in an effort to reassess and broaden the narratives it presents about the past and present.