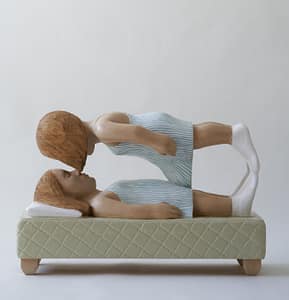 Jack Shainman Gallery is proud to present In the Paint an exhibition of rarely presented work by Barkley L. Hendricks at our 513 West 20th Street location which features Hendricks’s basketball themed paintings related photography works on paper and personal sketchbooks.

This early body of work is an exploration and interpretation of abstraction from the perspective of an artist whose practice was deeply interested in social community and representing the idea of Blackness. Created mostly in the late 1960s between his years as a student at Pennsylvania Academy of the Fine Arts and Yale University the paintings are a formative study of minimalism—an investigation of light color line and geometry based in the shapes of the game and inspired by Hendricks’s own love of basketball and its presence in his community.

Recognized for his pioneering contributions to portraiture and conceptualism Barkley L. Hendricks is a hugely influential artist and his radical and prescient “black cool” images have profoundly shaped art history. Hendricks’s basketball works both challenge and complement his celebrated position as a figurative painter and underscore the complexity and breadth of his singular career.