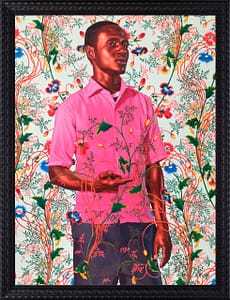 Trained as an illustrator William J. Glackens (1870-1938) distinguished himself with his lively and engaging drawings that were published in avidly read American newspapers magazines and journals such as The New York Herald Collier’s and The Saturday Evening Post. He turned to painting as a profession in 1897 and soon became one of America’s most celebrated and progressive painters. Yet Glackens never abandoned his keen interest in drawing and created some of his most distinctive illustrations as late as the 1910s.

William J. Glackens: From Pencil to Paint a new exhibition that premieres at NSU Art Museum Fort Lauderdale June 15 2019 features over 100 of the artist’s works from the 1890s – 1930s and highlights Glackens’ roles as illustrator and painter. By presenting drawings from the beginning to end of his career and juxtaposing them with specific paintings for which they were made the exhibition sheds new light on Glackens’ lifelong commitment to the field in which he first excelled and his uncanny ability to capture specific gestures places and significant historical events such as the Spanish American War.

Glackens’ reputation as a painter was established when he and seven colleagues some of whom also began their careers as illustrators (George Luks Everett Shinn John Sloan) organized an exhibition of their work at a New York gallery in 1908 in protest of their rejection from annual exhibitions organized by the National Academy. These artists’ depictions of everyday life in the modern city along with those by Arthur B. Davies Robert Henri Ernest Lawson and Maurice Prendergast included beggars immigrants tenements and figures of the demi-monde subjects considered distasteful by Academy jurors. The group’s 1908 exhibition created a sensation and its artists who became known as “The Eight” had an influential role in the course of American art history.

During his lifetime Glackens made thousands of preparatory sketches and drawings in charcoal conté crayon gouache graphite ink pastel and watercolor. Some of the sketches in the exhibition include casually placed figures or objects made of lively simple lines while others are detailed depictions of architectural figural and landscape forms where light and dark establish volume and illusionistic space. Juxtaposing more than 30 Glackens paintings with examples of his preparatory efforts for them provides insight into his artistic process. It also allows viewers to explore the significant differences and similarities between his drawings and oils his skills using different mediums and the extent to which he relied on drawing for his work in gouache and oil. Glackens was sent to Cuba by McClure’s Magazine in 1898 to document the Spanish American War. Among the hundreds of drawings he made five on view in the exhibition were selected for their poignancy in conveying the actions and emotions of soldiers at war. His gouache The Night after San Juan dramatically illustrates the aftermath of a battle as soldiers hold their rifles in defense as lifeless bodies lie near them.

All works in the exhibition are drawn from the Museum’s world-renowned William J. Glackens art and archival collection bequeathed to the Museum by his son Ira Glackens and his wife Nancy at the time of his death in 1990 and subsequently by the Sansom Foundation founded in the 1950s by Ira and his wife.