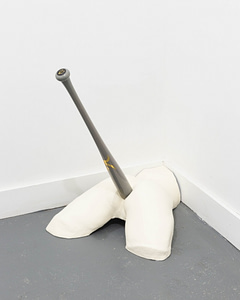 For the billions of dollars wasted policing it hot air spent condemning it and violence unleashed containing it no authoritarian government religious order or lone Travis Bickle throughout history has ever succeeded at putting a halt to the world’s oldest profession. Because approaching prostitution from the angle of its “demand” would mean launching an investigation into the sewer of male sexuality the brunt of law enforcement has concerned itself with “supply” instead often with devastating results for the women involved. Even though the law remains virtually untouched social media has granted sex workers their largest public ever both humanizing them on a never-before-seen scale and rebranding their services as another kind of freelancer; the more ambitious and flashy among them might even be called “girlbosses”.

Because they operate deeper in the shadows and outsource their dirtiest work to others madams have not seen the slightest bump to their reputations. Many who hold ostensibly pro-sex work beliefs would balk at the idea of even giving them the time of day usually opting for another less lady-like term to describe their dealings: pimps. If the jobs are similar in description for the women that Valentina Vaccarella surveys in her show Bless This Life at No Gallery it’s completely opposite in spirit. To quote the legendary LA brothel keeper Madam Alex “This is a woman’s business. When a woman does it it’s fun there’s a giggle in it; when a man’s involved he’s sleazy he’s a pimp. He may know how to keep girls in line and he may make money but he doesn’t know what I do.”